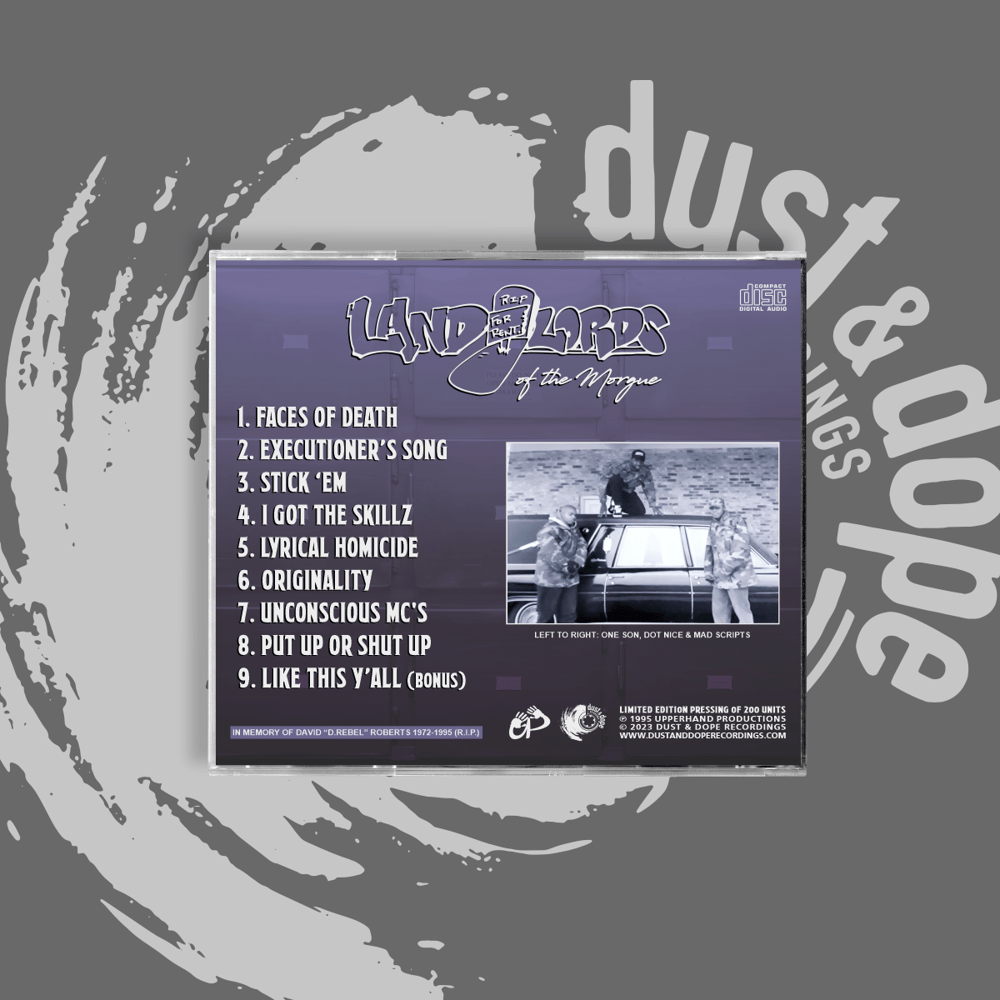 After his previous albums with The Project Crew and Papa Chuk (both also recovered and remastered by Dust & Dope), DJ Cassanova assembled this Gravediggaz-influenced crew at the Fort Hood military base in Killeen, Texas. The members hailed from all over the country: One Son from Alabama, Dot Nice from Queens and Madd Scripts from Chicago. They came together for Welcome To the Morgue, a one-off 8-song hardcore EP in 1995 that Dust & Dope are proud to present in full for the first time ever on CD, including the D.Rebel produced "Put Up Or Shut Up", plus a previously unreleased bonus track by One Son "Like This Y'all."
Limited edition run of 200 replicated CDs. Booklet features liner notes by Werner von Wallenrod in interview with DJ Cassanova.